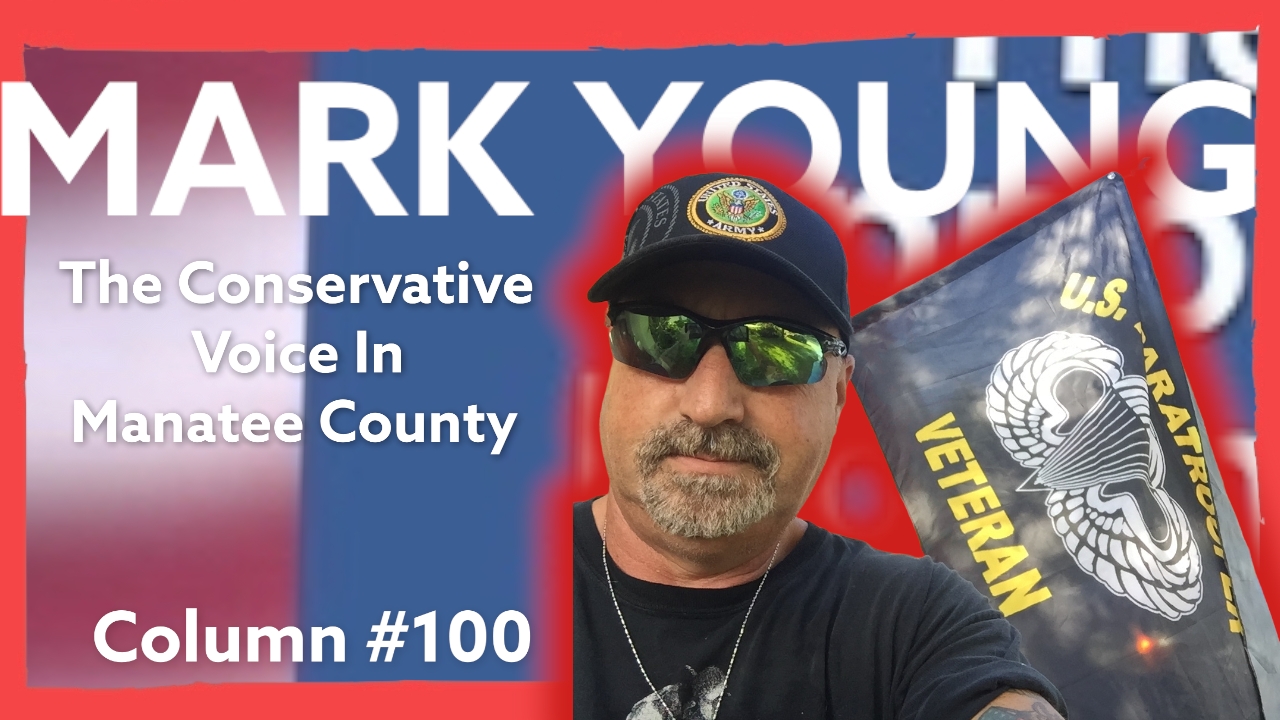 Let’s Get Ready to Rumble! … in November

I guess it’s a little appropriate that on our 100th visit together that we take our first sneak peek into the November elections.

So with that said, let’s happily dive into what’s ahead because though it may feel a bit early to do this, November will be here in a blink of an eye and as you’ll see, there is so much going on in the upcoming General Election.

For now, we’ll briefly skim through some of the bigger races happening in and around Manatee County.

As the only Republican in the Manatee County commissioner race, Amanda Ballard did not have to worry about the primaries and will face incumbent Reggie Bellamy, as we have discussed in the past.

Conservatives have done an exceptional job thus far in getting behind like-minded candidates and getting them through the primaries.

But it was just a small step and though I found an almost 50% Republican turnout in the primaries impressive, we must step up our efforts to see this through.

Bellamy unseated former commissioner Charles Smith four years ago after Smith’s dirty politics were exposed. Voters haven’t forgotten what Smith did during that election and Bellamy easily held off Smith’s challenge in the primary.

As I have said before, Bellamy is a good man. He believes his policies are the right thing to do, but unfortunately, he’s wrong. Like all liberal policies, they are counter intuitive to actual progress.

That’s what I never understood when liberals tried to distance themselves from the word “liberal” to call themselves progressives. Is there really anything about their policies that can be called progress?

I think you know the answer to that.

District 2 has not always been a guaranteed victory for democrats in Manatee County. With redistricting, the bluest district in the county can definitely swing back to red and I believe Amanda Ballard is a candidate who can set a Conservative precedent that could evolve into a legacy.

That’s how much I believe in Amanda and I’m excited to see what she can do as an important ally to the Conservative majority who will be seated in November.

Bellamy will not be an easy incumbent to unseat. He is immensely popular in the community and has a long history of community service. But this, in the end, is another case of voters having to look past personality and focus on policies.

Ballard, too, is well liked and equally respected. It will be a battle.

Conservatives must rally to her aid. Contact her campaign and find out how you can help, whether it be financial or through volunteering. Ballard’s campaign will be kicking into high gear and she will need our help to claim an important victory.

The same can be said for Cindy Spray in her bid to claim the District 2 school board seat. This is a critical election that will finally set this long corrupt school district on a path that actually focuses on education and our students.

Spray not only survived the primaries, but garnered the most votes in a three-way field. Unfortunately, it wasn’t quite enough to stave off a runoff between herself and Harold Byrd Jr.

Conservatives must rally to this race, as well, and with equal fervor.

Spray will need our help, and she must receive it to join Conservative allies in Chad Choate who retains his seat and Richard Tatem who unseated the self-serving liberal incumbent James Golden.

Folks, we have a chance here to turn this district around and Spray’s victory will go a long way in achieving that very important goal. If Sarasota can do it, then by God, Manatee County can do it.

We won some important primary victories in removing some RINOs from office, but now also is not the time to be complacent.

Mike Rahn had a significant victory over incumbent RINO Misty Servia in Manatee County’s District 4 commission race. Rahn faces a pair of write-in candidates and should easily cruise to a final victory, but elections can be a different kind of animal at times.

You are never elected, until you are elected so keep your foot on the gas and let’s take these races to the finish line.

It’s the same for Jason Bearden who won a convincing primary victory in the county’s District 6 At Large seat, ousting long-time incumbent Carol Whitmore. Bearden, too, faces a pair of write-in candidates.

Bearden also should cruise to victory, but let’s make sure our voices are heard loud and clear.

In the city of Bradenton, three seats are up for grabs and one is unopposed with Josh Cramer going unchallenged for Ward 3. Cramer’s automatic victory is good news for the city.

We’ve talked extensively about the city’s Ward 4 race where I endorsed Kurt Landefeld early in his race against incumbent Bill Sanders.

Sanders has done nothing for the city and his ward, except to create one controversy after the other. We’ll take a closer look at the ongoing scandal of which he is currently embroiled when we take our deep dives into each race.

Sanders recently publicly lied about me, as well, telling people I was fired from the Bradenton Herald for incorrectly reporting about him assaulting a DeSoto member at their festival a few years ago.

I’ve been living rent free in that mans’ head for a long time. He’s been after my job for just as long because I always reported the truth about him, but much like his political career, he failed. So no Bill, you don’t get to stand up and tell people lies.

First of all, that story was accurate. I had the police report and we had the video. You assaulted that man, which led to the charitable organization doing something they’ve never done in their history: Banning you from their festivals and parades.

My departure from the Bradenton Herald is well documented and I’ve never been shy about telling the truth because I’ve never been more proud of the reasons for my termination.

Sanders is a cancer on the city of Bradenton and the surgery date to remove that cancer is in November.

There has been a new entry into the race since we last talked about the city elections and since my endorsement of Landefeld.

Lisa Gonzalez Moore rounds out the field of three, but doesn’t change my endorsement for Landefeld. He is simply the best candidate for the city and Ward 4.

The city’s Ward 2 race consists of incumbent Marianne Barneby and David Levin. If you read all the liberal media outlets out there, you might think Levin is an epic gangster in the same realm of Jessie James or Al Capone.

Levin has been the victim of media attacks because he was convicted for hacking into his hometown’s election system. But if you take the time to do your research, as these media outlets declined to do, Levin wanted to prove that the electoral system that county used was not secure and Levin exposed that truth.

He proved it, but paid the price for it legally with a conviction, but sometimes the end does justify the means.

I don’t call that being a “Convicted Felon,” as some of these local hacks pretending to be journalists like to use in their headlines. It’s called being a patriot, if you ask me.

The fact that the local media is so against Levin, makes me even more confident in my early support for him.

Barneby has too many connections for my taste and we’ll dig deeper into what I see as conflicts later in the game. I’ve been impressed by Levin thus far, but I’m withholding any official endorsement until we look at the whole picture.

But you might be able to tell where I’m leaning.

If the majority of you don’t pay attention to Palmetto politics, you’ll want to focus on the one challenged race between Sunshine Matthews and Kurt Mattingly.

Conservative values in Palmetto are not holding up well as of late. Those values are at stake in the Ward 2 race.

We are getting a little long in our visit today, so I’ll just say that the word on the street is that Mattingly is a Charles Smith-backed candidate. Honest to God, that’s all I should even have to say about this race and my endorsement is an easy one for Sunshine Matthews.

We’ll talk more about why at another time as potential scandals brew in Mattingly’s camp. Really shouldn’t surprise you as a Smith-backed candidate given Smith’s own checkered political history.

As you can see, there is a lot to talk about this election cycle and we haven’t even scratched the surface. Nor have we even talked about all the races.

From here forward, we’ll start the breakdowns on our deeper dives. Until then, my fellow Patriots, stay vigilant, stay aware and stay informed.