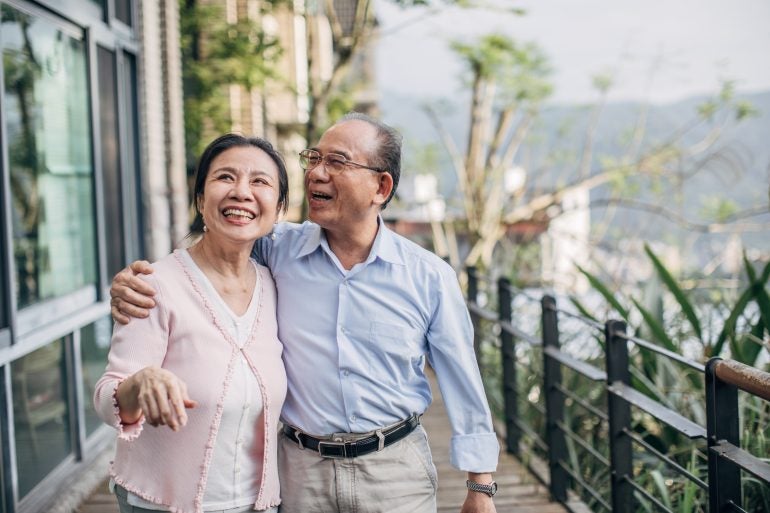 Quick Bit: Many people don’t have much choice about when they retire. Illness, job loss or caretaking responsibilities push them out of the labor force, ready or not. But some people have…

Many people don’t have much choice about when they retire. Illness, job loss or caretaking responsibilities push them out of the labor force, ready or not.

But some people have the opposite problem: They do have a choice, and yet they can’t quite bring themselves to quit working.

Some love what they do and never want to retire. Others are paralyzed by fear of the unknown, financial planners say. They may worry about living without a paycheck, spending down the money they worked so hard to save or figuring out how to structure their days in the absence of a job.

“A lot of the people I see are financially ready before they’re emotionally ready,” says Cathy Gearig, a certified financial planner in Rochester Hills, Michigan.

If you’re struggling, here are three signs you may be ready to retire.

Retirement is often depicted as an endless, stress-free vacation. In reality, retirement requires some potentially stressful “paradigm shifts,” or fundamental changes in people’s approach to life, says CFP Barbara O’Neill, author of “Flipping a Switch: Your Guide To Happiness and Financial Security in Later Life.”

Instead of earning a paycheck, for example, retirees have to create one from their savings and other resources. If something goes wrong – the furnace dies, or their investments don’t do well – they can’t just earn more money to make up for any shortfall.

Those who have been diligent savers often struggle with the idea of spending their money in retirement.

“It’s really emotional for people,” says CFP Janice Cackowski of Willoughby, Ohio. “They’re so used to seeing their account balances increase over the years and they find it really difficult to pull money out of their accounts.”

Other fears — such as being afraid of becoming irrelevant or simply being bored — can cause people to postpone retirement, according to some financial planners. Gearig says some of her most successful clients, including business owners and top executives, have prioritized work to the point where they can’t imagine life without it.

“Honestly, the biggest fear I see is, ‘What am I going to do with myself if I don’t go to work all day?'” Gearig says.

Once you know what frightens you about retirement, you can begin to address those fears, financial planners say.

Your financial plan has been stress tested

If your fears are financial, you can hire a fee-only financial planner to review your retirement plan. Choose a planner who is a fiduciary, which means they’re committed to putting your best interests first.

Getting an expert review is a good idea in any case. The planner can help you maximize Social Security benefits, navigate Medicare or other health insurance options, decide the best way to take a pension, plan for possible long-term care and figure out a sustainable withdrawal rate from your savings.

“This will be your only retirement. It’s paramount that you get it right,” says Adam Wojtkowski, a CFP in Walpole, Massachusetts.

Using sophisticated planning software, the advisor also can stress test your plan to see how it works in the event of a major market downturn, a surge in inflation, higher tax rates or the premature death of you or your spouse, says CFP Shelly-Ann Eweka, senior director of financial planning strategy for finance company TIAA.

CFP Michelle Gessner of Houston runs her clients’ plans through various combinations of events. Then she runs a “maximum spend” test to see how much money they can spend before the plan fails and they run short of money.

“I’m really beating the heck out of these plans and then [clients] can see ‘Hey, look, it still works,'” Gessner says. “‘And if it still works, maybe I don’t have to be afraid anymore.'”

You know what you’re retiring to (not just from)

Many retirees struggle, at least at first, to find a sense of purpose and a structure for their days. Having a plan for how you’ll spend your time can help, says CFP Ian Weinberg of Woodbury, New York.

That plan might include a bucket list of travel and experiences you can start checking off. Or, you could create a pie chart or schedule of how you want to divide your time among various pursuits: hobbies, volunteering, physical fitness, family time, travel and so on.

Retirement also can be unexpectedly lonely, especially if you’re single or your partner is still working. If your primary social interactions were with coworkers, you may need to find some new friends, says CFP Patti B. Black of Birmingham, Alabama. Black recommends checking out volunteer groups, clubs and classes.

You may need some time to prepare yourself mentally and emotionally for retirement. Just don’t let the preparation continue indefinitely, since the future is never guaranteed, Gearig points out.

“Just jump in and enjoy the ride,” Gearig says.

This article was written by NerdWallet and was originally published by the Associated Press.