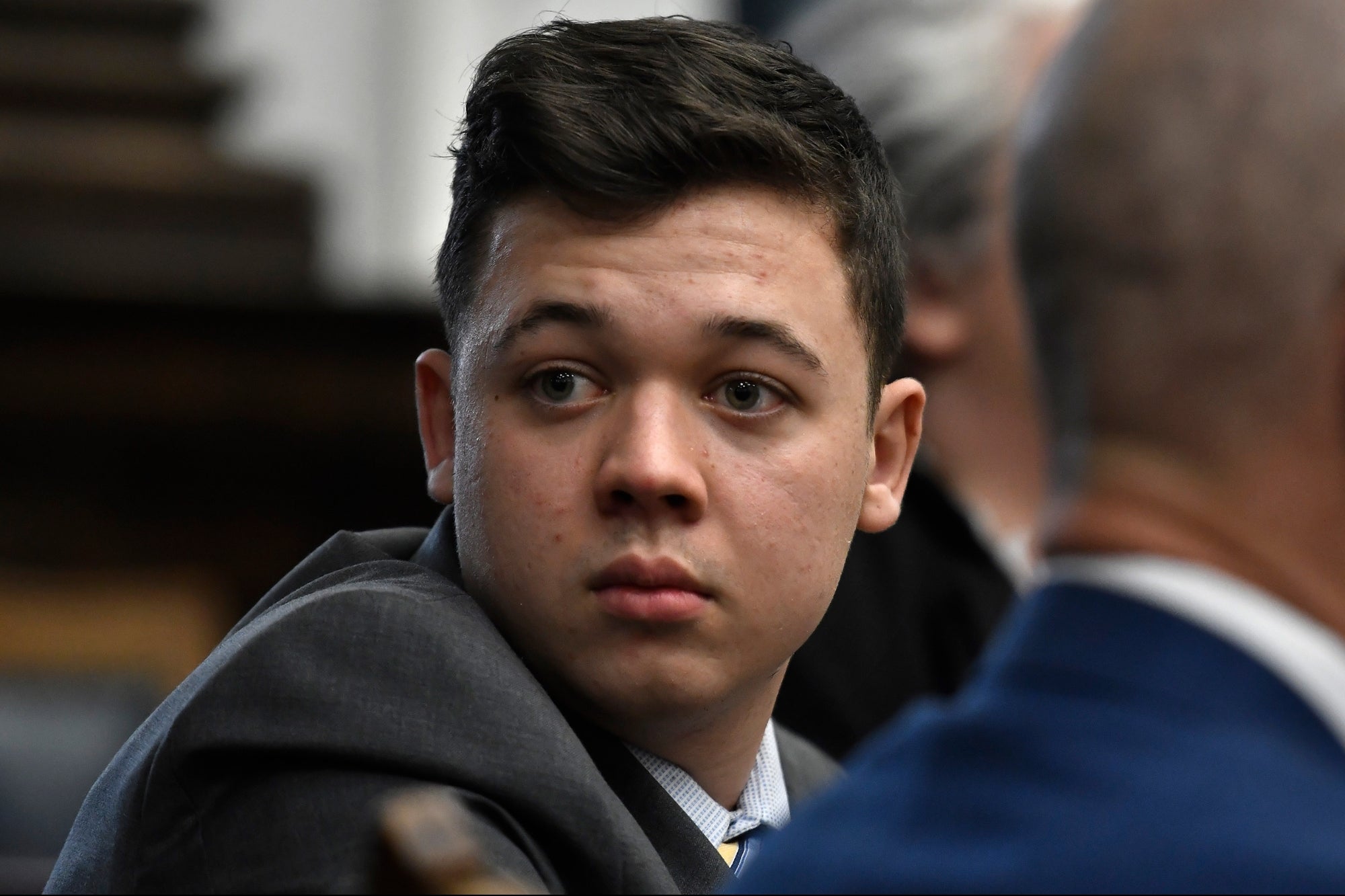 Quick Bit: Rittenhouse, 18, was on trial for fatally shooting two men and injuring a third during civil unrest in Kenosha in 2020.

Rittenhouse, 18, began sobbing before the verdict had been fully read, then collapsed into his seat after being acquitted of the final count. He clutched his chest and embraced one of his defense attorneys.

Rittenhouse was charged with fatally shooting Joseph Rosenbaum and Anthony Huber and injuring Gaige Grosskreutz on the evening of August 25, 2020, amid civil unrest following the police shooting of Jacob Blake. He was also charged with recklessly endangering two other men. Rittenhouse pleaded not guilty to all the charges against him. He took the witness stand in his own defense, testifying that he shot the men because they attacked him first.

Before adjourning on Friday, Kenosha County Judge Bruce Schroeder thanked the jury for serving on the case for roughly three weeks.

During the trial, prosecutors struggled to portray Rittenhouse as the aggressor who initiated violence. Their own witnesses frequently bolstered the defense’s case that Rittenhouse had been under attack and opened fire in self-defense.

A number of witnesses testified that Rosenbaum had been acting belligerently just before the first shooting took place, and had verbally threatened Rittenhouse and others. Growing emotional during his own testimony, Rittenhouse described how Rosenbaum had chased him into the parking lot of a car dealership and lunged for his gun, making contact with the barrel before Rittenhouse fired four shots.

During closing statements, Assistant District Attorney Thomas Binger labeled Rittenhouse a “liar,” a “fraud,” and a “wannabe soldier,” accusing Rittenhouse of arriving in Kenosha under false pretenses of protecting a car dealership and treating injured people.

“He wrapped up an ankle and I think maybe helped somebody who got a cut on their hand. Yay,” Binger said. “On the other hand, he killed two people, blew off Gaige Grosskreutz’s arm, and put two more lives in jeopardy.”

Rittenhouse’s lead defense attorney, Mark Richards, labeled Rosenbaum, Huber, and Grosskreutz “rioters” in his closing statement, emphasizing that Rittenhouse shot no one that night who hadn’t been pursuing him.

There were a number of tense and heated moments throughout the trial — and at certain points prosecutors and defense attorneys grew downright vicious toward each other.

Rittenhouse’s lead attorney, Mark Richards, accused prosecutors of trying a “political case” and said they pressed ahead with flawed homicide charges despite overwhelming evidence that Rittenhouse opened fire in self-defense. Prosecutors threw in their own insults at times, accusing Rittenhouse’s attorneys of dishonesty and taking advantage of the 75-year-old judge’s lack of understanding of technology.

Kenosha County Circuit Judge Bruce Schroeder, a colorful presence in the courtroom, shouted at prosecutors multiple times throughout the trial. At one point he accused Binger of a “grave constitutional violation,” when Binger attempted to discuss Rittenhouse’s use of his Fifth Amendment right to remain silent. At another point, he yelled, “Don’t get brazen with me!” during a dispute over evidence Schroeder had not wanted the jury to hear.

On Monday, Schroeder dismissed one count of possession of a dangerous weapon by a person under 18. The judge dismissed a count of failure to comply with an emergency order during the trial.