William Shatner Moved to Tears After Trip to Space: ‘I Hope I Never Recover From This’ 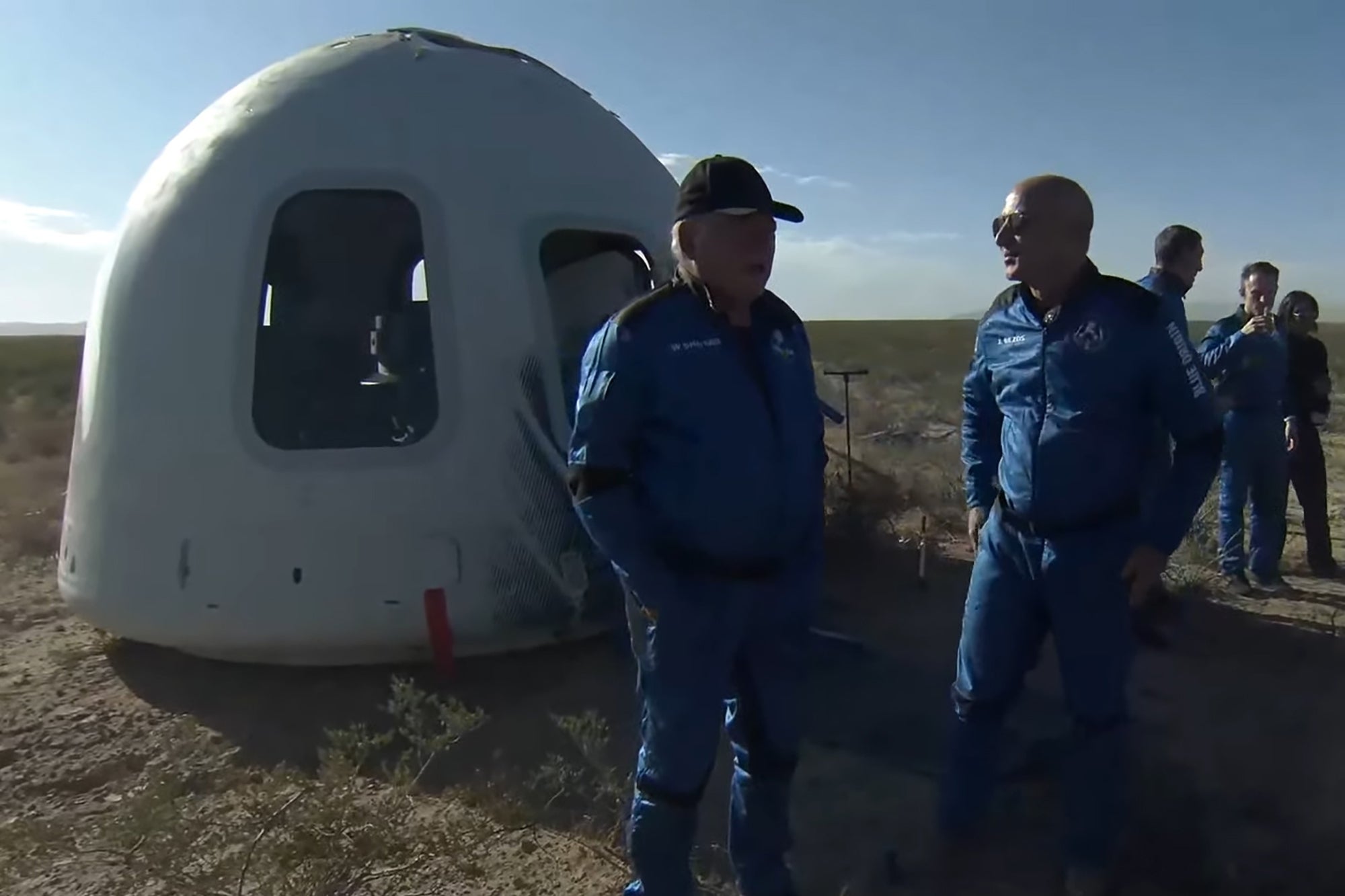 Shatner and Bezos were joined by Glen de Vries and Chris Boshuizen, both paying space tourism customers, and Audrey Powers, who serves as Blue Origin’s vice president of mission and flight operations.

At 90 years old, Shatner officially became the oldest person to travel to space as he took off in the New Shepard rocket ship, the same one that Bezos rode in when he made history earlier this summer.

The rocket took off just before 10:50 am EST from Blue Origin’s West Texas launch site, and the trip lasted roughly 10 minutes from start to finish, about three minutes of that time being in zero gravity.

The ship crossed the Karman Line around 3 minutes and 30 seconds in.

Upon exiting the capsule hatch at landing, Shatner was moved to tears by the overwhelming emotion and sense of profoundness he experienced when reaching space.

Shatner continued: “What you have given me is the most profound experience … I hope I never recover from this … I’m so filled with emotion about what just happened. It’s extraordinary, extraordinary. I hope I can maintain what I feel now. I don’t want to lose it. It’s so much larger than me and life … I am overwhelmed. I had no idea … it would be so important for everyone to have that experience.”

Emily Rella is a news writer at Entrepreneur.com. Previously, she was an editor at Verizon Media, covering entertainment, pop culture, lifestyle, entrepreneuership and business. She is a 2015 graduate of Boston College and a Ridgefield, CT native.

Hands Down, These Are the 35 Best Affordable Beauty Gifts of 2021